SFArtsEd presents RISE UP! Art As Action: A Panel Discussion

SFArtsEd presents RISE UP! Art As Action: A Panel Discussion

Galleriest Trish Bransten of Rena Bransten Gallery will moderate a panel discussion with artists whose work is featured in San Francisco Arts Education Project’s exhibition Rise Up! Art As Action. The discussion begins at 4:30pm in the Atrium at Minnesota Street Project, 1275 Minnesota Street (@ 24th Street).

Chester Arnold
American by birth, but raised in post-war Germany during the formative years of his childhood, Chester Arnold is interested in the capacity of painting to convey the complexities of the human psyche. His compositions present skewed linear perspectives that place the viewer at a remove, above and beyond an unfolding narrative. The romantic beauty of natural landscapes, in part informed by historic master Caspar David Friedrich, is subverted by Arnold’s preoccupation with the detritus of human accumulation.

His work is currently part of a travelling museum exhibition, Environmental Impact, which opened at The Canton Museum in 2013, with continuous touring in 2015 across the United States. His recent exhibitions include solo shows at the Sonoma County Museum (2013) and American University Museum, Katzen Art Center (2012). The Nevada Museum of Art’s 2010 exhibit of Arnold’s work, On Earth as it is in Heaven, was accompanied by a catalogue. In 2008, the San Jose Institute of Contemporary Art’s exhibition highlighted Arnold and other recipients of the 2005 Eureka Fellowship. Arnold’s exhibition history includes Donald Kuspit’s selection of his work for New Old Masters at the National Museum in Gdańsk, Poland in 2006, and a major solo exhibition at the San Jose Museum of Art, which was also accompanied by a catalogue. Arnold’s work is further represented in the public collections of many institutions, including the Smithsonian American Art Museum, the Pasadena Museum of California Art, the Nevada Museum of Art, the di Rosa Preserve: Art and Nature, the Tacoma Museum of Art, and the San Jose Museum of Art. He has been critically reviewed in Artforum, Works + Conversation, and the San Francisco Chronicle. He lives and works in Sonoma, California, and had his first exhibition at Catharine Clark Gallery in 2003.

Michele Pred is a Swedish-American conceptual artist. She works with found and confiscated objects and technology imbued with cultural and political meaning. Her artwork has been exhibited in galleries, art fairs and museums in London, Stockholm, Sydney, New York, Bologna, Miami, Los Angeles, Chicago and San Francisco. Her work is part of the permanent collection at The 9/11 Memorial Museum in New York, The Berkeley Art Museum, The 21st Century Museum, The Fashion Institute of Technology (FIT) New York, The Contemporary Museum in Honolulu, and is held in numerous corporate and private collections.

Michele is represented by the Nancy Hoffman Gallery in New York. She received a Pro Choice Leadership Award from Personal PAC in 2016, a Chicago based Super PAC. Visit www.michelepred.com

Wanxin Zhang was born in ChangChun in China, and spent his formative years in the 1960’s and 70’s under Mao’s regime. He was part of the first generation to receive a formal art education in college subsequent to the Cultural Revolution in 1976. In 1985 he graduated from the prestigious LuXun Academy of Fine Art with a degree from their sculpture program.

During his early years, Zhang participated in many avant-garde activities and exhibitions in China, before Chinese contemporary emerged at the forefront of today’s contemporary art world. His work was presented at the National Museum in Beijing, which then collected his prize-winning sculptures. In 1992, after Zhang established his art career as a sculptor in China, he came to the United States to continue to his development as an artist, he was a recipient of the Virginia A. Groot Foundation Grant in 2006, and the Joan Mitchell Painter and Sculptor Grant in 2004. His first solo museum exhibition was at the University of Wyoming Art Museum, curated by Susan Moldenhauer and accompanied by a catalogue (2006). In 2010, Wanxin Zhang: A Ten Year Survey, was organized by Peter Held for the Arizona State University Museum. Zhang’s sculpture was the subject of a solo exhibition at the Fresno Art Museum in California in 2007 and the Alden B. Dow Museum of Science and Art in Michigan in 2008. Zhang’s works were part of the 22nd UBC Sculpture Biennial in Japan in 2007, the Taipei Ceramics Biennial in Taiwan in 2008, and the Da Tong City 2nd International Sculpture Biennial in China in 2013. In 2019, Zhang will be the subject of a solo exhibition at the Museum of Craft and Design in San Francisco.

Zhang’s sculptures have been included in books such as Confrontational Ceramics by Judith Schwartz and his work was highlighted in Clay in Art. His sculpture has been reviewed in major art magazines such as Art in America, Sculpture, and American Ceramics. In 2012, the San Francisco Chronicle picked Zhang’s exhibition at the Richmond Art Center as one of the Top 10 Exhibitions in the San Francisco Bay Area.  Zhang lives and works in San Francisco, California. He has been represented by Catharine Clark Gallery since 2013.

Trish Bransten is the director of Rena Bransten Gallery. www.renabranstengallery.com.

More about Rise Up! Art As Action

Each of the 21 participating artists has a singular voice, a point of view and a medium with which to express themselves as they respond to the state of our nation. Each artist also recognizes that being part of this exhibition for this particular organization means they are speaking directly to

school-age children, ages 5 to 17, through their work and so have created prompts and ideas for involving the SFArtsED student audience to respond to the work. While all children may not understand political discourse, they have likely all felt what it is like to be bullied (or to bully), to feel unheard or to walk past a row of tents on the street offering scant shelter to the homeless. Their responses then become a cumulative component in the exhibition.

The distinguished artists participating in Rise Up! ask for written or artistic or other creative responses – using words as triggers to evoke personal reactions or memories, for example – to forge a connection between a work of art and the viewer’s own thoughts and emotions. In this way, the visitors will be invited to be part of the conversation and to take action.

Rise Up! Art As Action is on exhibit through Saturday, April 29 in the San Francisco Arts Education Project’s art studio-classroom in Minnesota Street Project, 1275 Minnesota Street (@24th Street), San Francisco, second floor. Regular hours are Tuesday-Thursday 11am-4pm and Friday 11am-1pm (and by appointment). First Saturday hours on March 4, April 1 and May 6 are 4pm to 8pm.

Founded in 1968 (as the Alvarado School Arts Workshop) by renowned artist Ruth Asawa, SFArtsED has transformed the lives of children, their families, teachers, artists and volunteers. Programs include SFArtsED Summer, In-School Artist Residencies, After-School programs, The SFArtsED Players Musical Theater Company, Interdisciplinary Arts Program and apprenticeships for college and high school students. SFArtsED moved into its new space at Minnesota Street Project in March 2016, marking the first time in the organization’s nearly 50-year history that it has a space of its own for instruction, exhibition, seminars, workshops and gatherings of all kinds. www.sfartsed.org

Located in San Francisco’s historic Dogpatch district, Minnesota Street Project offers affordable and economically sustainable spaces for art galleries, artists and related nonprofits. Inhabiting over 100,000 square feet, the Project seeks to retain and strengthen San Francisco’s contemporary art community in the short term, while developing an internationally recognized arts destination in the long term. Founded by entrepreneurs and collectors Deborah and Andy Rappaport, Minnesota Street Project was inspired by the couple’s belief that philanthropic support for the arts today requires an alternate model—one suited to the innovative nature of Silicon Valley and the region as a whole. Their vision of a dynamic, self-sustaining enterprise that shares its economic success with arts businesses and professionals aims to encourage heightened support for the arts from newcomer and established patrons alike.
www.minnesotastreetproject.com 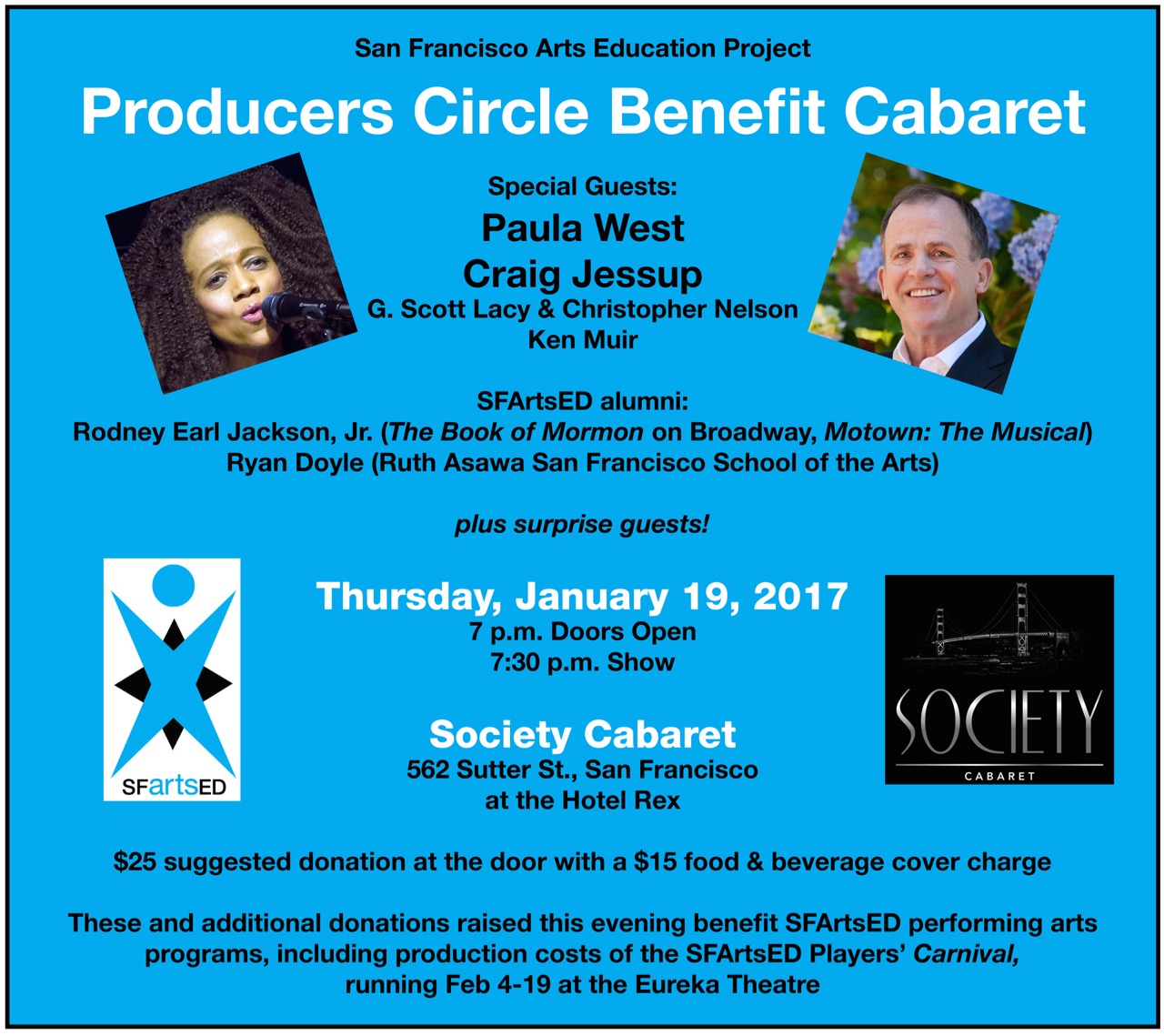