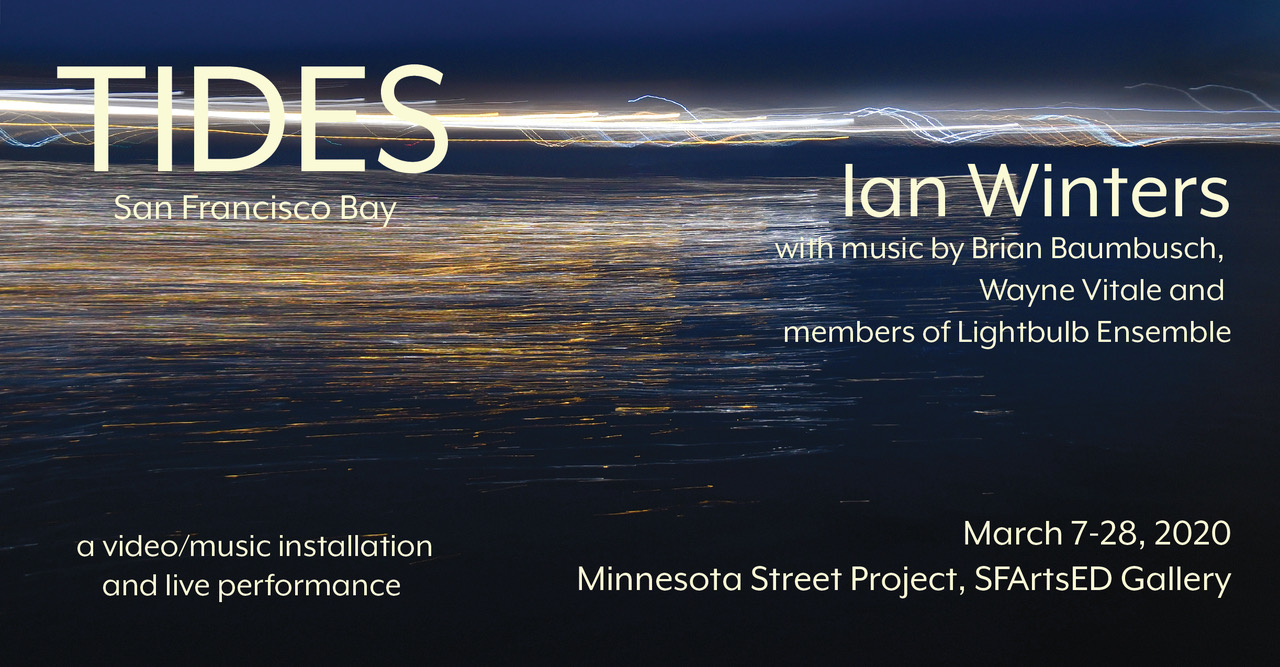 About TIDES:
TIDES is a new video and photographic installation and accompanying performances by media artist Ian Winters, exploring the rapidly changing tidelands of San Francisco Bay and the neighborhoods soon likely to be lost under rising waters. The gallery installation opens March 7th, 2020, and marks Winters’ return to the SFArtsED Gallery at Minnesota St Project (1275 Minnesota St.), following the success of his month-long 2018 installation, Summer, Winter, Spring.

Continuing Winters’ exploration of the intersection between video, contemporary music and performance, TIDES features a live video and contemporary music performance in the Minnesota Street Project Atrium on March 20th and 21st at 8pm. It features new combined video and music created by composers Brian Baumbusch (live performance) and Wayne Vitale (installation) along with video by Winters, and is performed by members of Lightbulb Ensemble and guest players including McKenzie Camp, Jennifer Ellis, Otis Harriel, Matt Ingalls, and Margaret Halbig.

The core of the TIDES project is a series of time-lapse films and still images created through 30+ days of walking the Bay’s tidelands, through neighborhoods and land below 5 meters in elevation. Rooted in the tradition of artist’s walks, expanded cinema and pilgrimage, the TIDES video installation bears witness to the scale of loss of our bay tide lands and the many human and natural communities along the 300+ miles of the Bay’s shoreline that will be below future tides because of climate change.

Informing both music and visual material are compositional patterns drawn from the range of scientific data about the Bay and its intersecting human-natural systems, such as NOAA oceanographic data, GIS models of tidal levels, species occurrences, as well as human factors. Much of the TIDES data was created by a unique collaboration with the citizen scientists of Oakland’s WHOLLY H20, gathering species data about Bay’s shoreline through BioBlitz events documented through the Cal Academy of Science’s iNaturalist app.

Bridging the worlds of abstract aesthetic creation, data science, and photo documentation, TIDES bears witness to the scale of loss of our bay tide lands, and captures the liminal space – industrial, natural, social – between the low tides of today and the high tides to come.

ABOUT THE PROJECT AND TEAM
The TIDES is a multi-faceted video and music collaboration between media artist IAN WINTERS, the LIGHTBULB ENSEMBLE, and composers WAYNE VITALE and BRIAN BAUMBUSCH that explores the rapidly changing aquatic and social tides in the San Francisco Bay watershed. The core of TIDES is a series of time-lapse films and photographic recordings created by Winters walking the 300+ mile circumference of the Bay’s tidelands – between the low tide line of today and the king-tide line of tomorrow. Using walking and documentation as way to observe the changing terrain and pending loss from climate change, TIDES bears witness to the scale of the rising water levels of our bay and offers space for reflection on the many human and natural communities worldwide that will be below future tides.

Production support, exhibition and performance support credits:
TIDES is a non-profit arts production of 37 North and was created at The MilkBar. The project was created collaboratively by the artists, and uses data about the bay gathered by the citizen-science researchers of our non-profit partner WHOLLY H20 (fiscally sponsored by Earth Island Institute) and logged through the California Academy of Science’s iNaturalist app and website. Mapping datasets are drawn from the Adapting to Rising Tides program of the Bay Conservation and Development Commission and the San Francisco Estuary Institute. TIDES was made possible in part by a grant from The Creative Work Fund, a program of the Walter and Elise Haas Fund that also is supported by The William and Flora Hewlett Foundation. Other support was provided by The Djerassi Resident Artist Program, the generosity of many private donors, and the project is fiscally sponsored by Dancer’s Group. 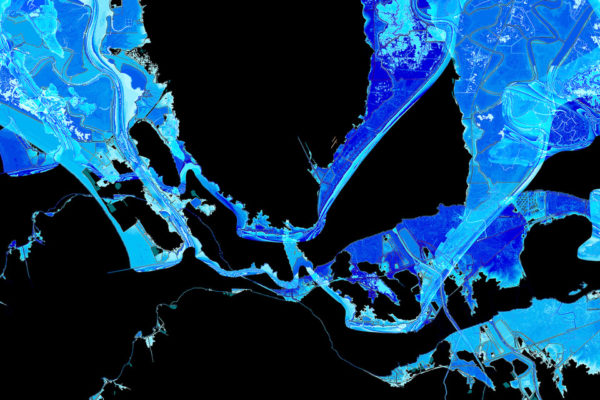 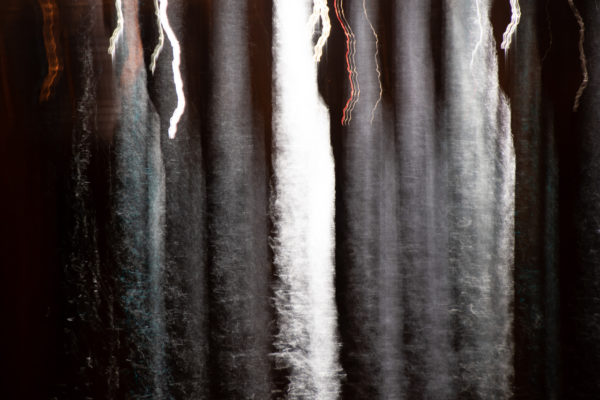 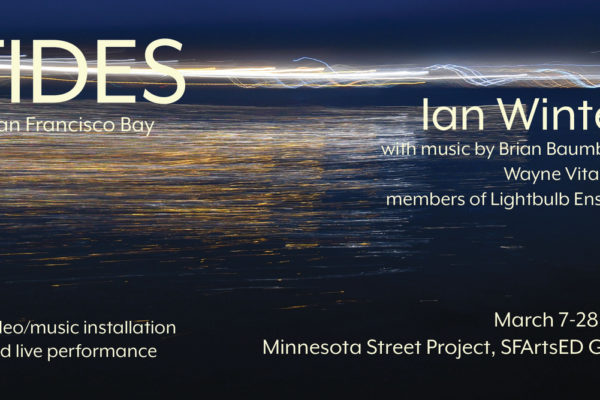