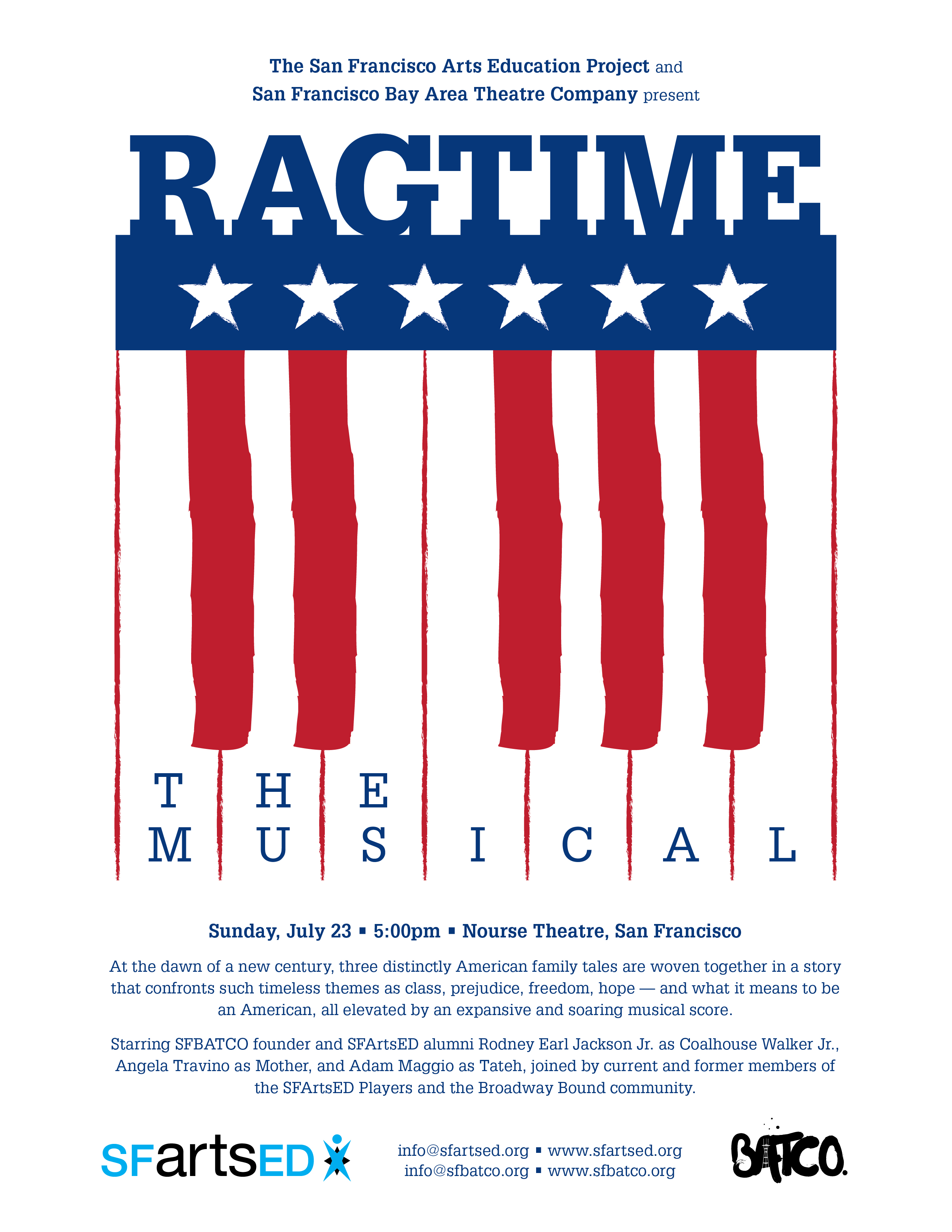 More than 50 young performers (ages 9 to 14) from SFArtsED Summer’s Broadway Bound program perform alongside SFBATCO company members and SFArtsED alumni, some of whom have gone on to careers as professional performers. SFArtsED alumnus and SFBATCO co-founder Rodney Earl Jackson, Jr. returns to play the leading role of Coalhouse Walker, Jr. after having appeared on Broadway in The Book of Mormon and on the national tour of Motown the Musical. Mr. Jackson is currently balancing Ragtime with the pre-Broadway run of Ain’t Too Proud, the story of the Temptations, opening at Berkeley Repertory Theatre in August.

“I was introduced to the musical Ragtime early in my artistic career,” says Mr. Jackson, a San Francisco native. “I didn’t realize that I was being introduced to some of the most profound song lyrics ever written and a seminal story about the American dream, immigration, gender identity, gun violence, interracial families and the movement that prefigured Black Lives Matter. Thank goodness I was.”

Directed by SFArtsED Master Artist and revered theater artist Danny Duncan and with musical direction by G. Scott Lacy, this production invites young professionals to serve as mentors as well as co-stars to the younger performers from SFArtsED camps and musical theater company. This key relationship between experienced artist and student is a tenet of both SFArtsED and SFBATCO

“Every few years we produce a summer musical with a multi-generational cast,” says SFArtsED Artistic Director, Emily Keeler. “When Rodney and the SFBATCO group brought the idea of Ragtime to us as a collaboration with our summer camp, we felt immediately that this was the right show for this time. Ragtime grapples with the American Dream, and who among us gets to partake of its fruits. The story comes alive with a sweeping, heartbreaking score, sweetened with the sound of ragtime music. As in summers past, the show brings back past students of our programs as participating performers and mentors for the younger students. All will take their place on the stage to perform this story of the turn of the last century and its challenges. And all will raise their voices in this embattled moment as artists have always done: with talent, skill and passion.”

Considered a contemporary classic, the Tony Award-winning Ragtime weaves together the story of three distinctly American family tales in a story that confronts such timeless themes as class, prejudice, freedom, hope–all elevated by an expansive and soaring musical score. The music is by Stephen Flaherty, the lyrics are by Lynn Ahrens and the book is by Terence McNally, based on the novel by E.L. Doctorow.

Mr. Jackson points to one of Coalhouse Walker, Jr.’s songs, “Make Them Hear You,” as an example of the enduring power of Ragtime. Just before he is killed by police officers, Coalhouse sings, “Teach every child to raise his voice and then my brothers, then will justice be demanded by ten million righteous men. Make them hear you. Make them hear you. When they hear you, I’ll be near you, again.”

Founded in 1968 (as the Alvarado School Arts Workshop) by renowned artist Ruth Asawa, SFArtsED has transformed the lives of more than 200,000 children, their families, teachers, artists and volunteers. Programs include SFArtsED Summer, In-School Artist Residencies, After-School programs, The SFArtsED Players Musical Theater Company, Interdisciplinary Arts Program and apprenticeships for college and high school students. SFArtsED moved into its new space at Minnesota Street Project in March 2016, marking the first time in the organization’s nearly 50-year history that it has a space of its own for instruction, exhibition, seminars, workshops and gatherings of all kinds.www.sfartsed.org

SFBATCO delivers a creatively charged youthful energy that encompasses all that makes San Francisco great. SFBATCO is a theatrical generation to be reckoned with. We will not accept “a lack of resources” as an excuse. We will create great art and give back to our community and tell our stories using a multiplicity of minds, bodies, and voices. SFBATCO unites artist and audiences through live theatre that is reflective of the authentic perspectives and history of the San Francisco Bay Area. Our non-profit organization supports artists through creative development, full productions and mentorships that aspire to engage a new generation of live theater supporters. 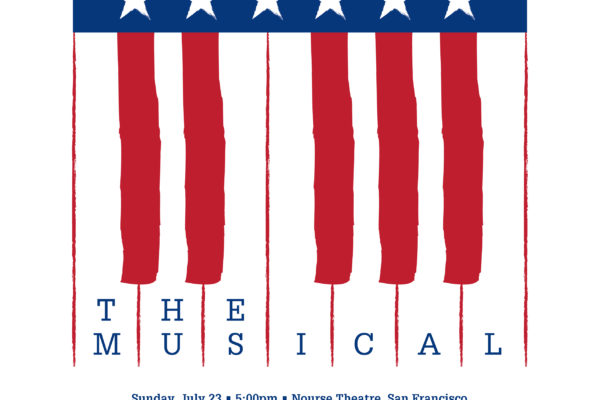