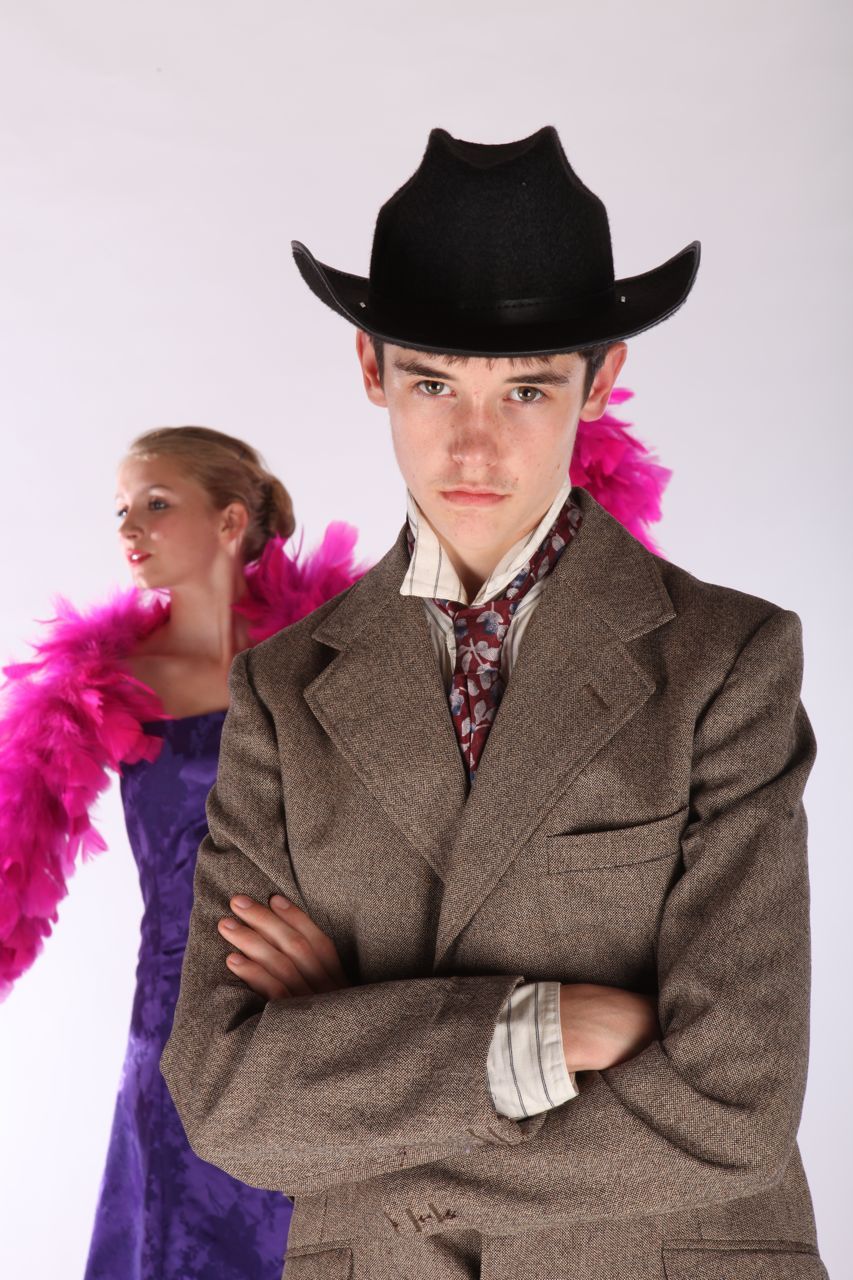 DECEMBER 5, 2011 –  Welcome, stranger, to Bottleneck, one of the roughest, toughest, rowdiest backwaters in the American West. Sheriffs come and go here – mostly go – and crime is just a way of life. Until, that is, the arrival of Tom Destry, a deputy sheriff who refuses to wear a gun.

“Those who live by the gun, die by the gun,” Destry says. Can his non-violent approach really tame the Wild West?

The answer is a resounding yes, especially since that non-violent approach also comes with a heaping helping of singing and dancing.

Destry marks the first Western musical in the 12-year history of the SFArtsED Players, a group that has performed everything from musical theater classics (The Music Man, Fiorello!) to original revues (last year’s Everything Goes! The Music of Cole Porter) and original musicals (Between Dirt and Sky).

Destry Rides Again was part of a stellar 1959 Broadway season, which also included The Sound of Music and Gypsy. Harold Rome, of Pins and Needles and I Can Get It for You Wholesale fame, wrote the charming score, and Leonard Gershe wrote the book based on the 1930 novel by Max Brand and the 1939 movie starring James Stewart as Deputy Sheriff Tom Destry and Marlene Dietrich as dance hall girl Frenchy.

“Destry Rides Again is a wonderful idea for a musical” says Danny Duncan, the show’s director and a veteran of Players shows. “When the cast album came out in 1959, I was a young boy in San Francisco, but when I listened to that album, I could see the entire show. I loved the Jimmy Stewart-Marlene Dietrich film and loved the Old West story, and it turned out to be perfect for director-choreographer Michael Kidd, who turned the show into an extraordinary star vehicle and ensemble dance show.”

The legendary Kidd directed and choreographed Destry on Broadway and won a Tony Award for the dynamic dances he created for the show. The show was a hit, racking up 472 performances during the year and a half it was open at the Imperial Theatre.

Unlike many musicals, Destry has three strong leads and no demi-leads, which is to say there’s no story but the main story about trying to instill law and order into a lawless town, but doing so without a gun.

“It turns out this show is perfect for us,” says SFArtsED Artistic Director Emily Keeler. “There is so much strong ensemble work, especially in the dancing. The ensemble is on stage most of the time because this is a show about community and about how bringing law and order to town is changing the community. For the kids it’s an opportunity of a lifetime because they’re all on stage so much of the time. Michael Kidd created a show in which every transformative moment in the story is also a dance moment. For us and what we want to teach our students – to sing, dance and act – this is a fantastic show. And it’s fun.”

The theme of non-violence is strong in Destry as the Deputy Sheriff who refuses to wear a gun attempts to deal with bullies whose only power comes from carrying a gun.

“Destry says that guns are no good,” Duncan says. “The song says, ‘Those who live by the gun, die by the gun, ending with a swift kiss of lead.’ The first time I heard that in 1959 it gave me goose bumps, and that’s a hell of a message to bring into this troubled century. This show remains quite relevant.”

Keeler says the anti-violence message is the essence of Destry. “It’s about brains over brawn, smarts over violence,” she says. “That’s how Destry approaches his job of fixing this town. He does it with love and with his interest in fairness, which is part of what makes Destry great: great theme, great music, great dance, great humor. Part of the joy this year is bringing a show to the stage that is not seen a lot but should be. We’re reviving something for our company, and we’re proud of that.”

Destry Rides Again is directed by Danny Duncan, with musical direction by Sean Forte, choreography by Natalie Greene, Erin Hewitt and Emily Keeler, costumes by Barbara Beccio, set by Paul Kwapy and lighting by Elizabeth Hersh. Stage Managers are Sydney Gaugreau and Adriana Martinez, both part of SFArtsED’s apprentice program with the technical theater program at the Ruth Asawa San Francisco School of the Arts. SOTA students also apprentice with the costume and set designer and run the light and sound boards for each of the shows at the Eureka Theatre.

The SFArtsED Players is a musical theater company that reflects San Francisco in all its diversity. Hailing from the neighborhoods of the City and from around the bay, the SFArtsED Players is made up of 47 theater performers who come from SFArtsED’s performing arts residencies as well as form the organization’s summer arts intensive, called SFArtsED Summer, held each year at School District sites. The young performers are selected for their talent, enthusiasm and commitment for the musical theater form. They work with directors of the company 10 hours each week, training as “triple threats” – actors, singers, dancers – and rehearsing for their performances. The company performs original musicals and revues as well as Broadway classics. This year’s troupe represents 32 different Bay Area schools, including 18 public schools. 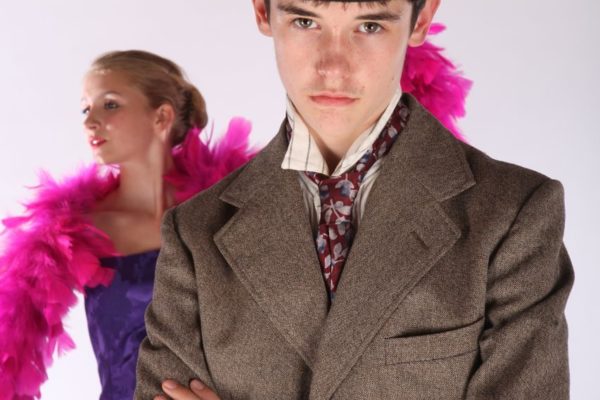 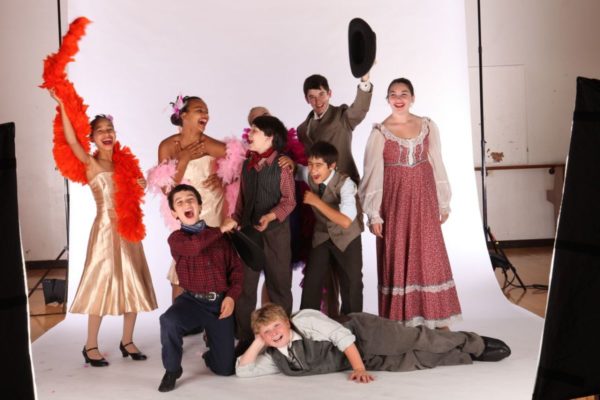 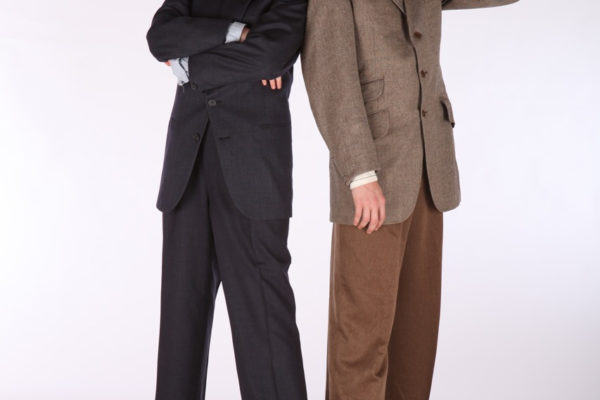 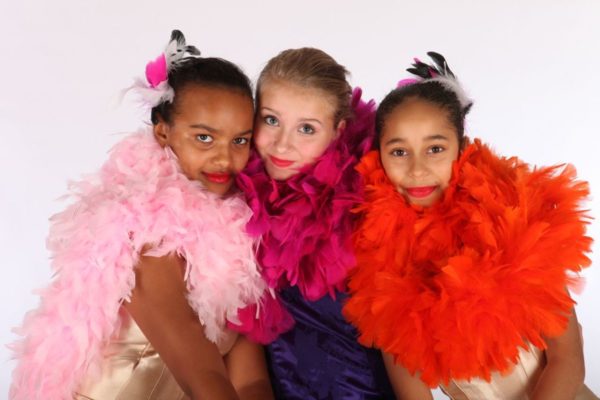 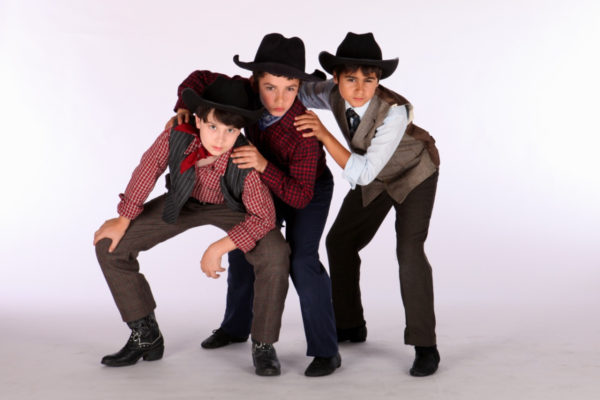 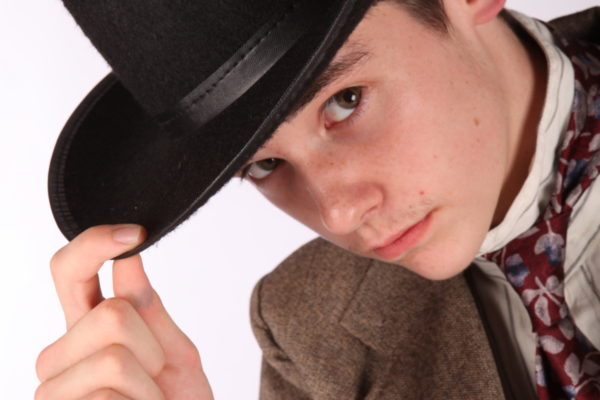 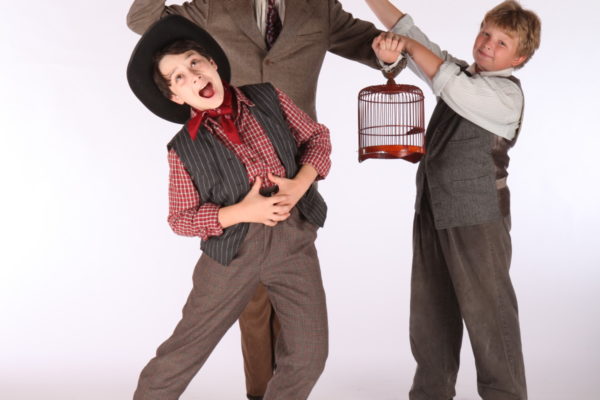 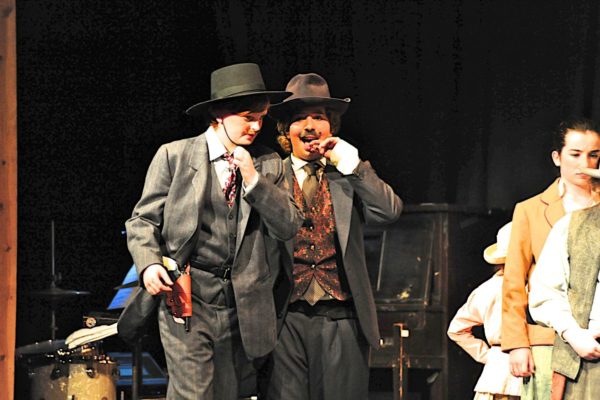 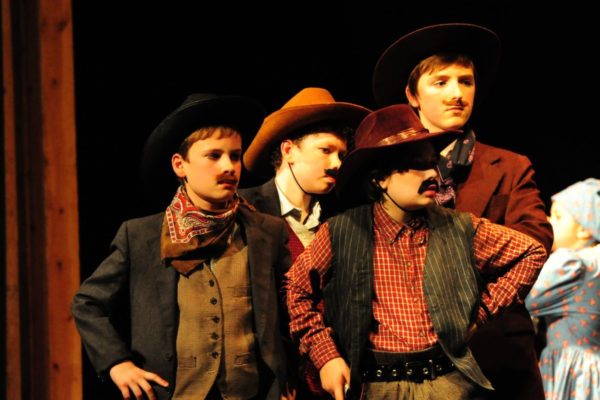 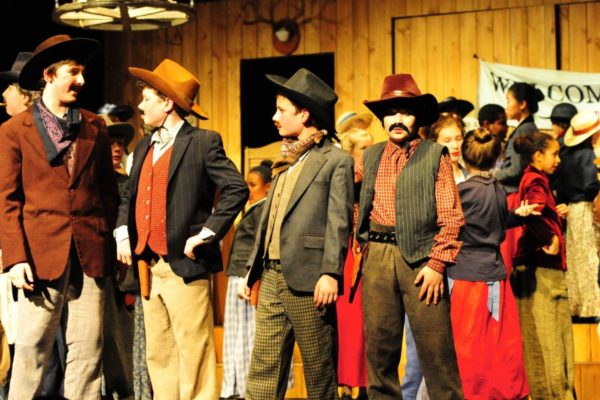 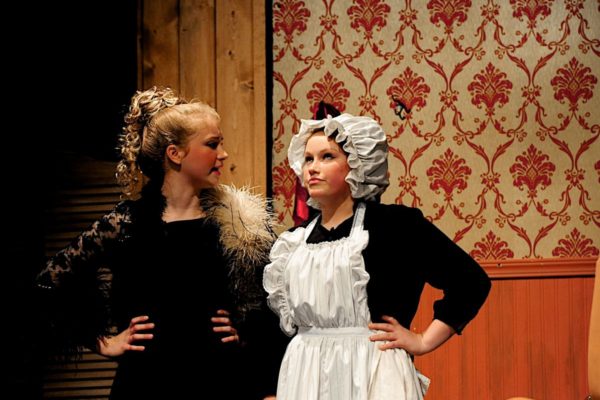 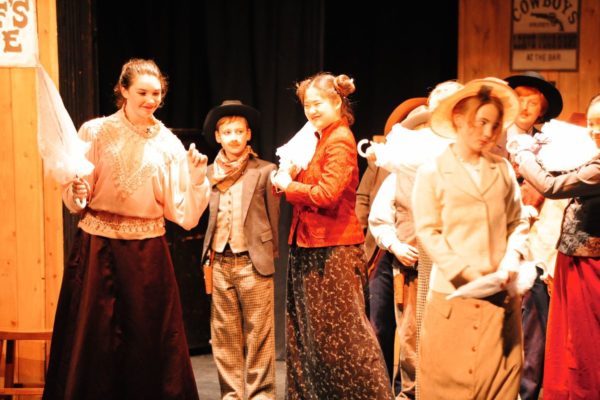 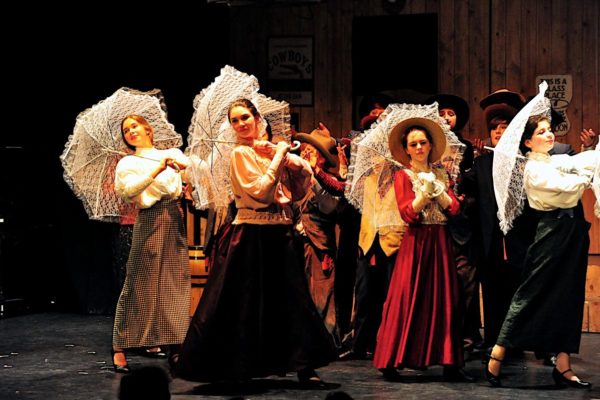 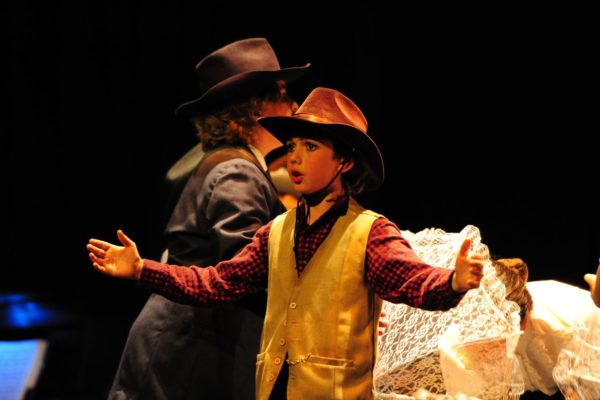 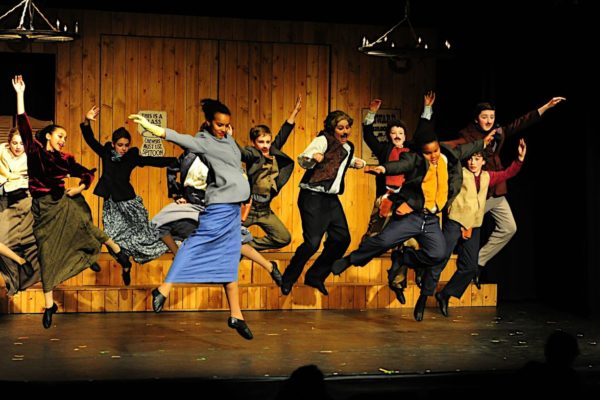 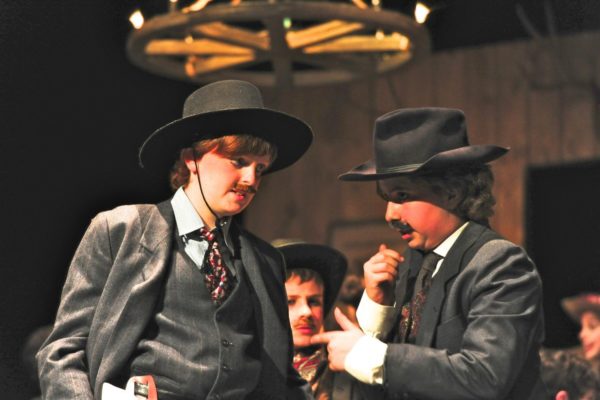 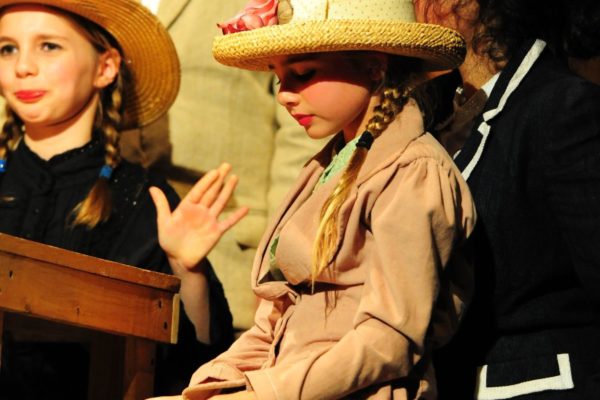 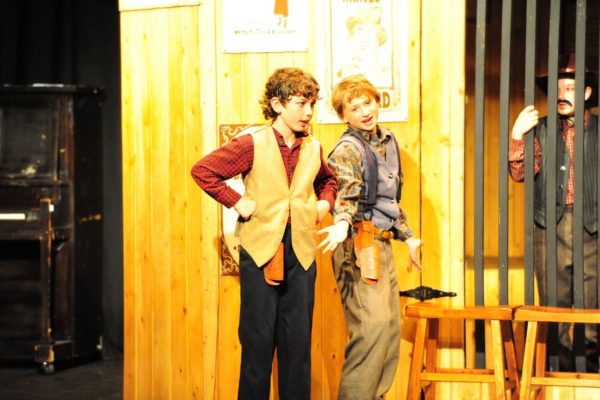 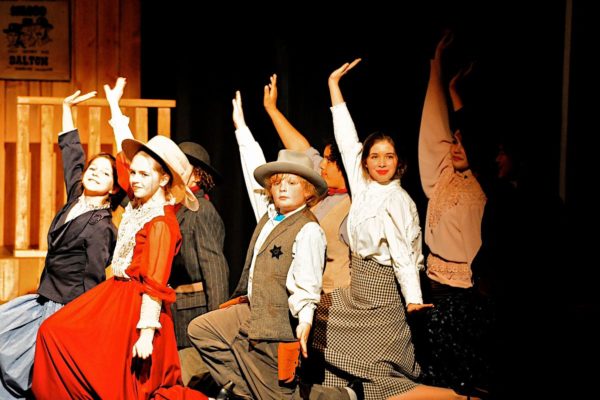 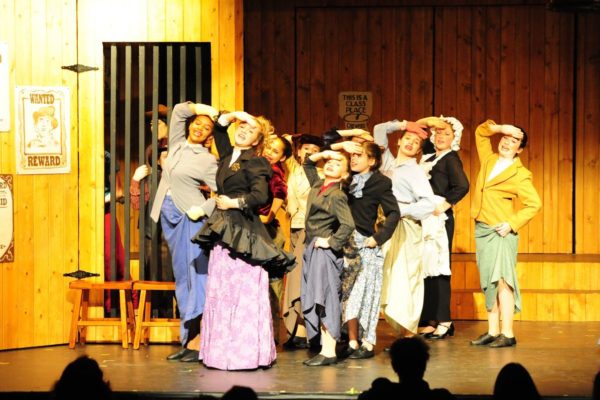 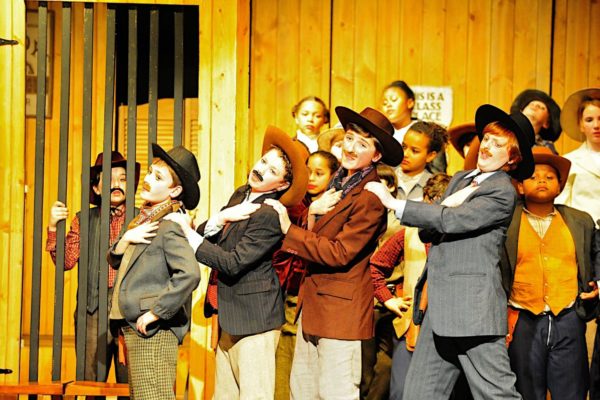 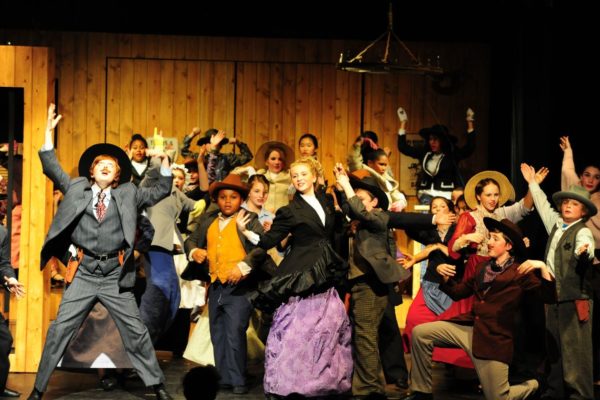 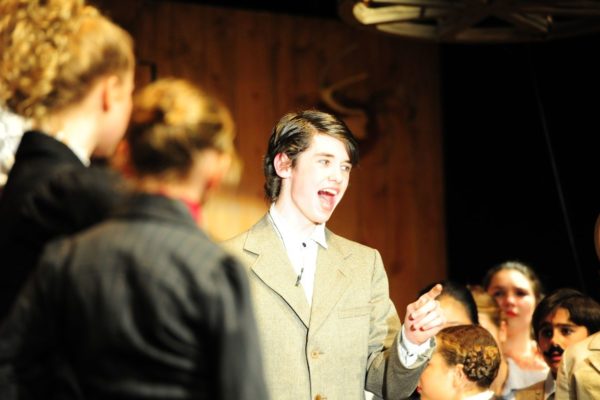 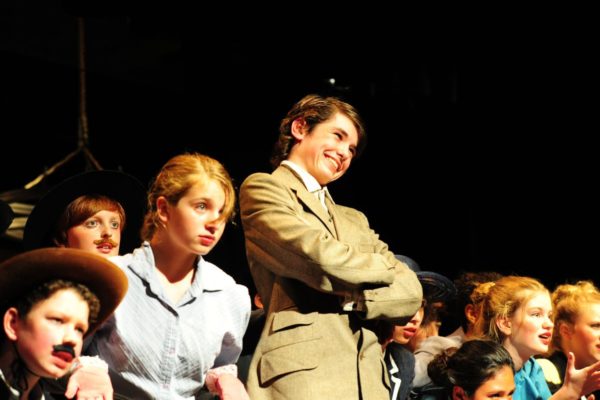 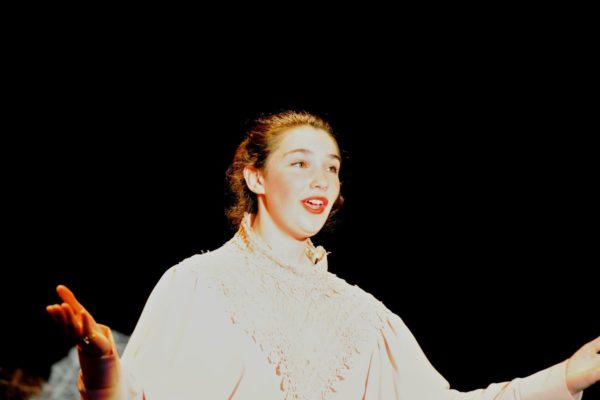 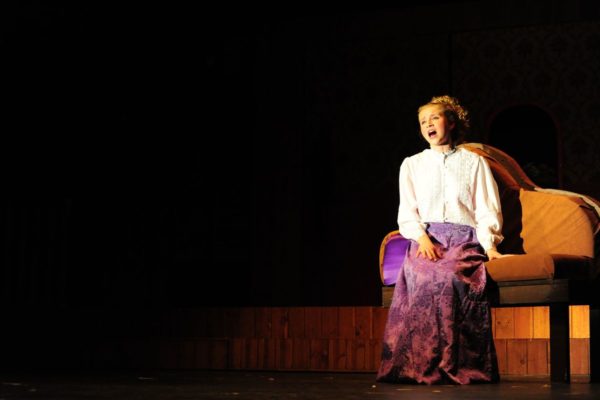 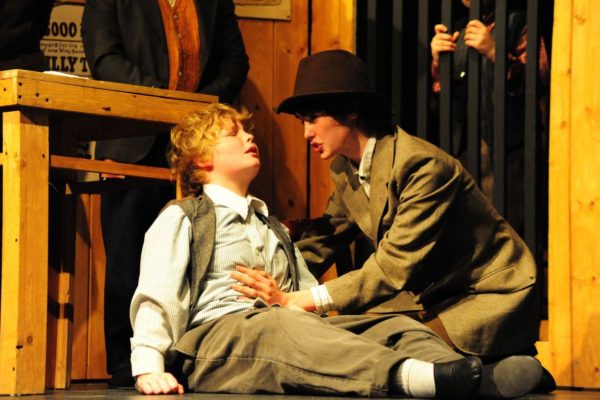 Get ready to ride. The Players saddle up for Destry

When it comes to great Broadway musicals, Destry Rides Again is rarely at the top of anyone’s list. Perhaps it should be. This gem of a musical, set in the Old West town of Bottleneck, is a rootin’-tootin’ good time. It has a wonderful score by Harold Rome, and it’s based on a hoot of a 1939 movie starring Marlene Dietrich and Jimmy Stewart (you can actually watch the whole thing on YouTube). The remarkable Michael Kidd directed and choreographed the original 1959 Broadway production, and though precious little footage exists of that production, there is this choice number, “Are You Ready, Gyp Watson?” from a late ’50s television show:

The SFArtsED Players production of Destry Rides Again runs Feb. 11 through 26 at the Eureka Theatre. Check back here for ticket information.

From the looks of things, Destry is going to be one heck of a ride. All that hard work in rehearsal is beginning to pay off for the SFArtsED Players, who have been hard at work turning Destry Rides Again into a piece of musical theater nirvana. To find out more about Destry, a Western-themed musical from the glittering 1959 Broadway season, just scroll down to the next item on this page.

To see the Players work a little of their magic, check out this clip. A group of Players performed a few snippets of Destry for a select group, and their performance only made us want to see more.

Destry sure was one wild ride.

We’ve heard the Wild West was wild, but the SFArtsED Playes made it wilder. We had a great time visiting the lawless town of Bottleneck, and so did our audiences.

If you’re wondering what Destry is all about and why the SFArtsED Players are doing it, watch this short video, which includes some great footage of the Players in rehearsal.

The Players’ production of Destry has been receiving some fantastic press.