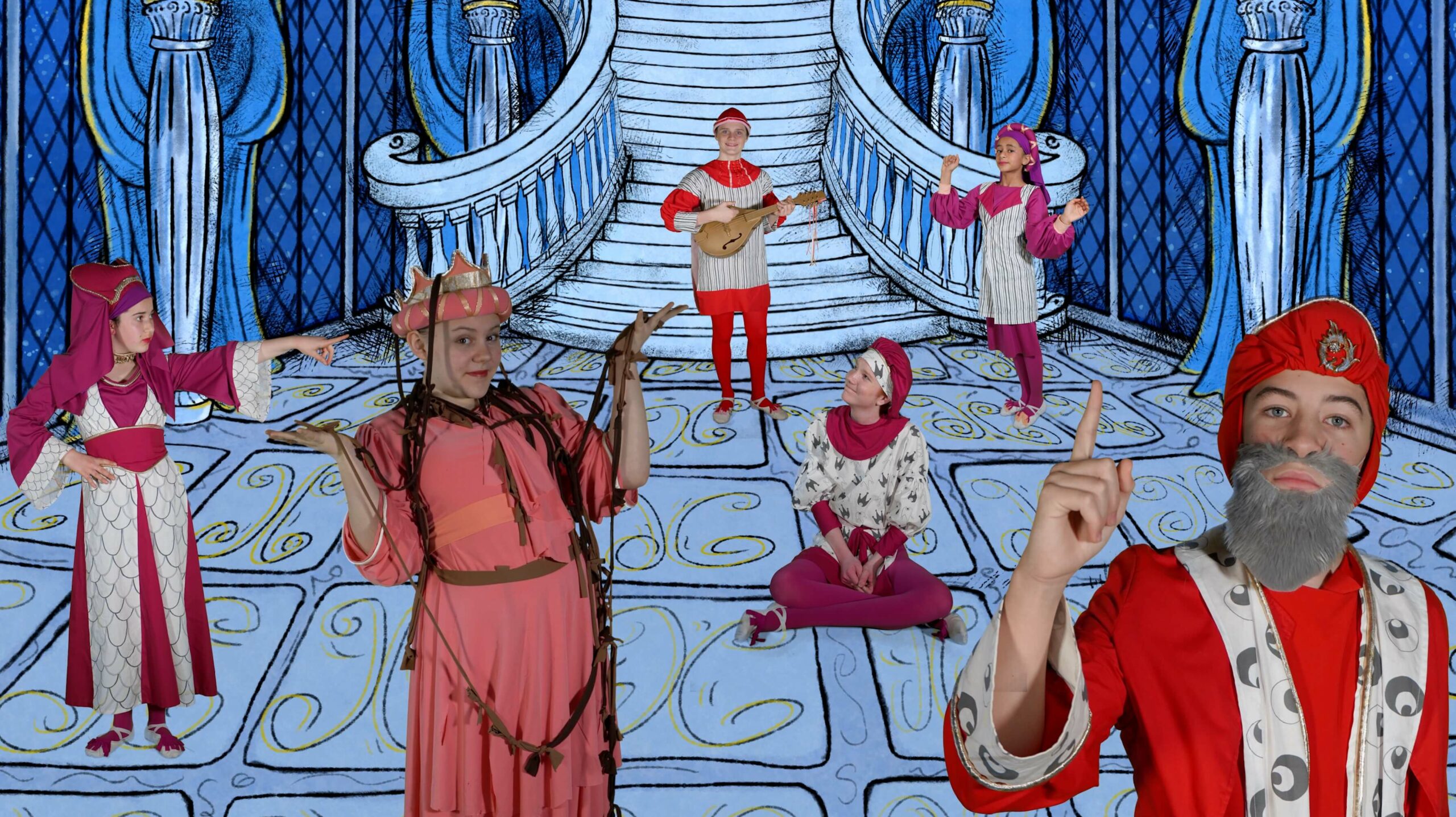 Online Streaming Performance from your home

San Francisco Arts Education Project’s youth musical theater company, The SFArtsED Players, celebrates its 20th anniversary season with Once Upon a Mattress, a rollicking 1959 musical spin on the “Princess and the Pea” fairy tale with a virtual production in mid-March for two performances only.

First performed by the Players in the 2002-2003 season, Once Upon a Mattress, with its lively score by Mary Rodgers and Marshall Barer seemed the perfect choice to bookend two decades of excellence in musical theater training. Plans originally called for a series of performances and a celebratory gala at the newly renovated Presidio Theater in San Francisco. By the time The Players were scheduled to begin training and rehearsal in the fall of 2020 however, it was clear that there would be no in-person rehearsals and no theatrical production.

Nevertheless, the show must go on…line, so the creative team devised ways in which students could rehearse over Zoom, sets could be created in Photoshop, costumes could be constructed without ever seeing the performers in person, and performances could be captured on camera rather than on stage.

The 39 young cast members faithfully attended rehearsals three times a week. Two of those days after long hours of distance learning in school and the other on Saturdays for 6 hours. Working with the creative team, students learned new ways to work as artists, with one another, and on Zoom. Emily Keeler, SFArtsED’s artistic director and founder of the company says, “The Players unquestionably missed the old ways of making theater in-person, the precious contact with friends and mentors. But, the work has kept them in a creative conversation and close to the thing they all love – performing.”

Danny Duncan, who has directed all but two of the Players’ shows over the last 20 years remarks, “Visually when you look at this performance, it’s absolutely gorgeous. The team of choreographers, Laura Elaine Ellis, Erin Gentry, and Jamie Yuen-Shore, along with our designers, Stacey Ransom (sets), Tiersa Nureyev (costumes), Peter Meredith (music direction), Charlotte Baldiviez (assistant director/production supervisor)  and Pete Belkin (video production), are doing breathtaking work in the face of the daunting task of doing all this virtually.”

Keeler says she is looking forward to sharing Mattress virtually and sharing this much-loved show in a new way. “There is tremendous pride we all have in this continuation in the face of challenges and, also in forging a new direction for virtual theater, for all time,” she says.

Looking back on 20 years working with the Players, Duncan says he’s impressed with the company’s longevity. “When Emily first approached me about the program, I went into it not really thinking about the totality of what she was hinting at,” he says. “Here we are 20 years later, and it’s still going on. It’s true, we don’t do kiddie theater. This is something that elevates us above the norm. I demand from children as I demand from professional adults, and they always rise to the occasion. Today there are numerous alums who are now theater professionals, living the lives of artists all over the world, practicing their art, having come from this program. It’s very humbling.” 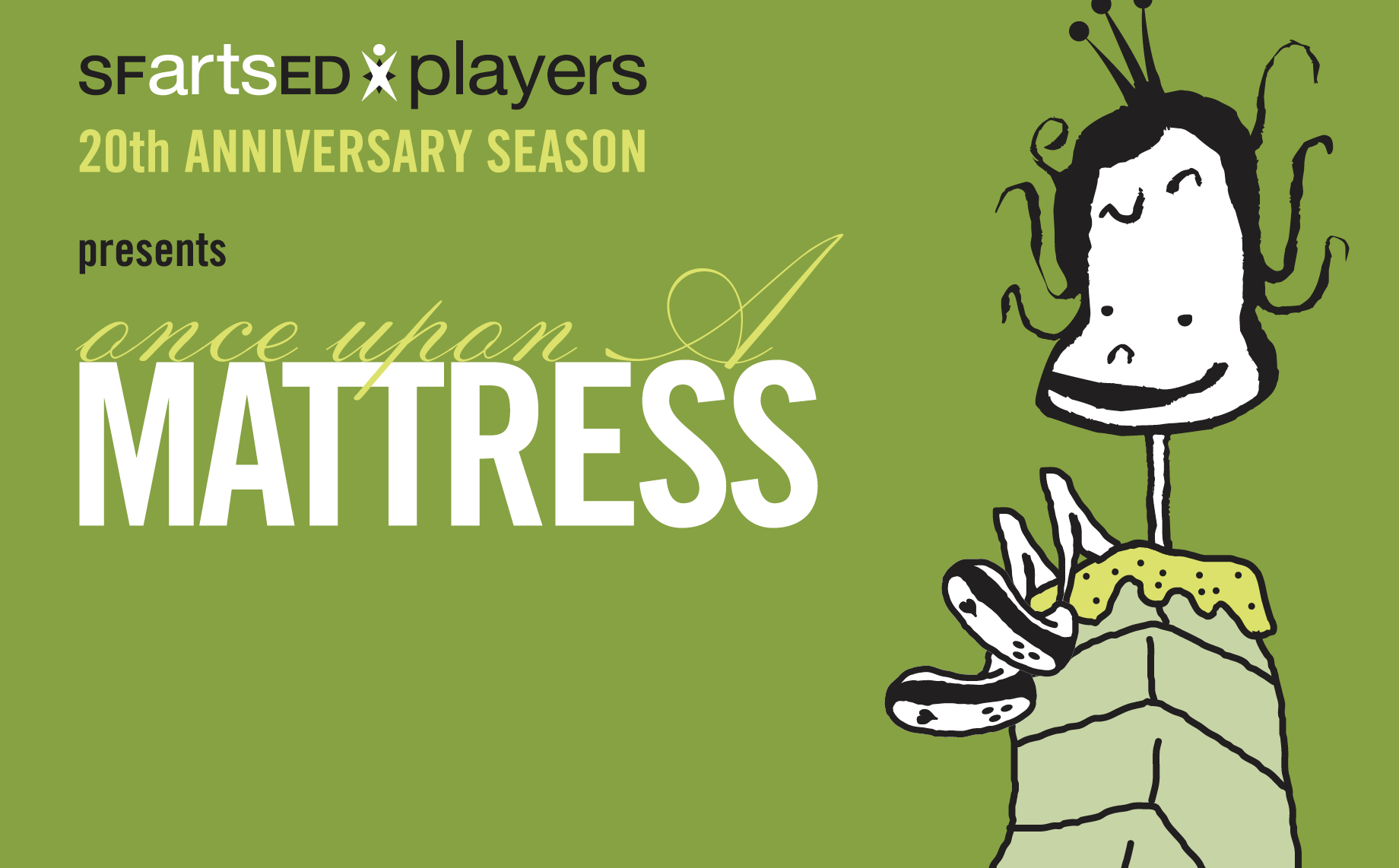 ONCE UPON A MATTRESS