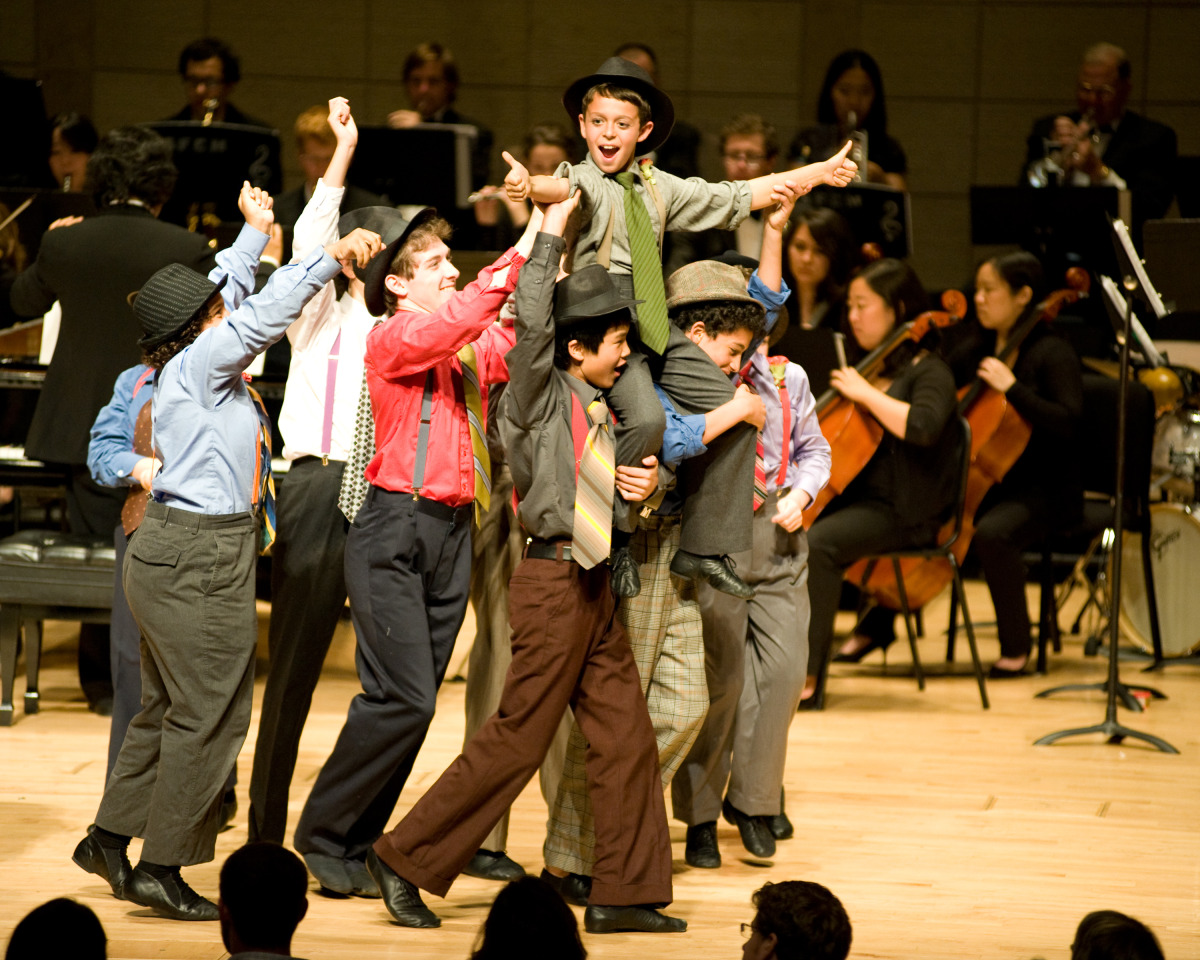 We’ve rolled the dice on Guys and Dolls.

Nathan Detroit, Miss Adelaide, Nicely-Nicely Johnson and the gang began life as characters in Damon Runyon short stories before they inhabited one of Broadway’s greatest musicals. This summer, they’ll gamble, lament and dance through Havana in the capable hands of some impressive young San Francisco performers and a full symphony orchestra. 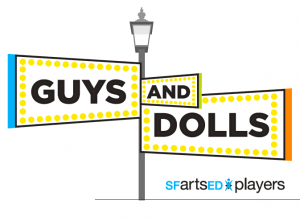 The production boasts a cast of more than 60 and features a wide array of our students:

Let our alumni performers tell you a little about the show:

The performers are accompanied by the 36-member UC Berkeley Summer Symphony Orchestra conducted by Music Director Henry Shin. The production is directed by Danny Duncan, a celebrated local director and writer who has worked with SFArtsED for more than 20 years.

“Guys and Dolls is so iconic and so important in the history of musical theater,” Duncan says. “In my career, I’ve directed three productions of it with young people, and they love it. The music is fun, and the comedy is challenging. And it’s such a wonderful piece of Americana.”

“One of the wonderful things about our summer production is the return of our alumni, all of whom are off studying and performing and making their way toward great careers,” says Emily Keeler, SFArtsED artistic director. “They started their training with us and blossomed, so it’s gratifying to see them return and work with younger students who aim to follow in their footsteps. It’s absolutely inspiring to see the students become the teachers.”

Allen Darby, who is heading into his senior year as a theater major at the University of Southern California, began studying with SFArtsED more than 10 years ago. He’ll be playing Nathan Detroit in Guys and Dolls and says that the experience made him want to study theater and be a performer. “I liked that the teachers treated us like professionals, which meant that you worked hard, had fun and impressed audiences. Hearing applause for the first time – it’s what I wrote all my college essays about. I started out as a kid with ADHD bouncing off walls, and it took the discipline of the directors to focus me and make me serious. At school, I was that ‘weird theater kid,’ which made me stand out, helped me mature and gave me a creative outlet. The arts can really change somebody’s life.”

Duncan says that seeing the older students working with the younger is a “crowning achievement” in his 20-plus years with SFArtsED.

“We’ve helped raise a group of children into adults who are so enamored of what was given to them that they feel it’s necessary to come back and give back tenfold to younger people,” Duncan says. “It makes me feel so blessed and so rich to see these kids return from university and work with us during the summer, fostering younger performers and helping them the way they were helped.”

With Guys and Dolls, SFArtsED is also raising $50,000 in support of SFArtsED Scholarships. We’re more than halfway there with $35,000 raised so far. Watch this video and find out more about how you can become part of the Guys and Dolls Donor Circle and visit www.SFArtsED.org/donate.

For more ticket information visit City Box Office here. The show will sell out, so get your tickets now. 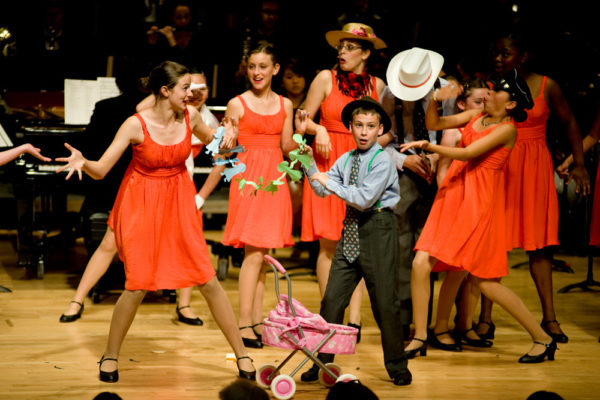 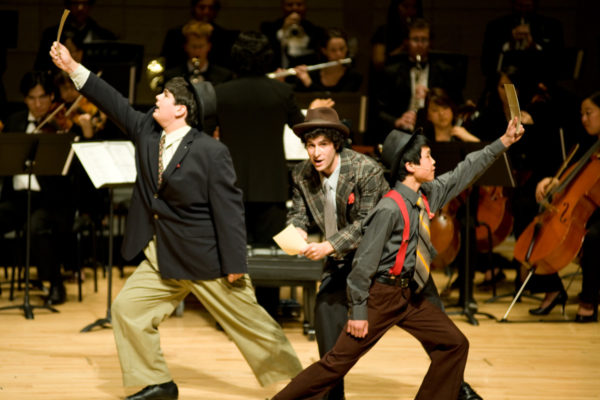 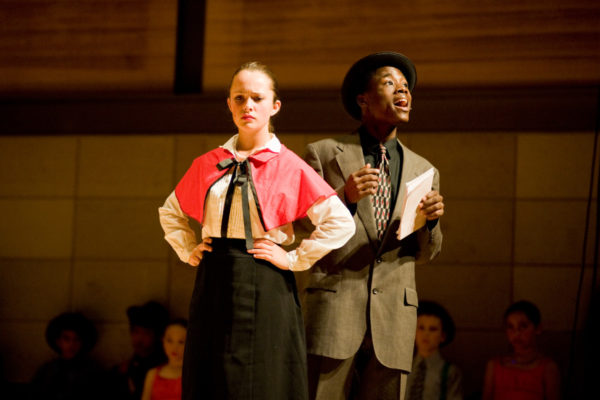 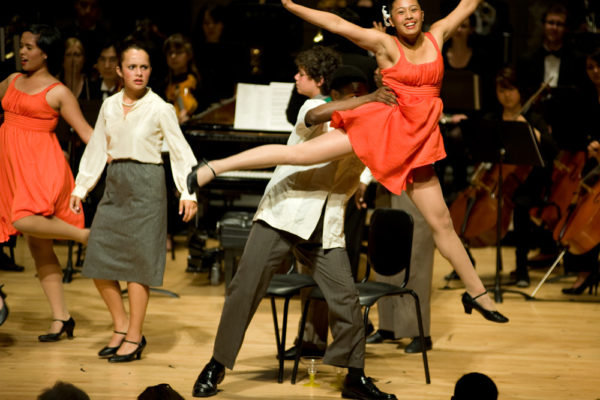 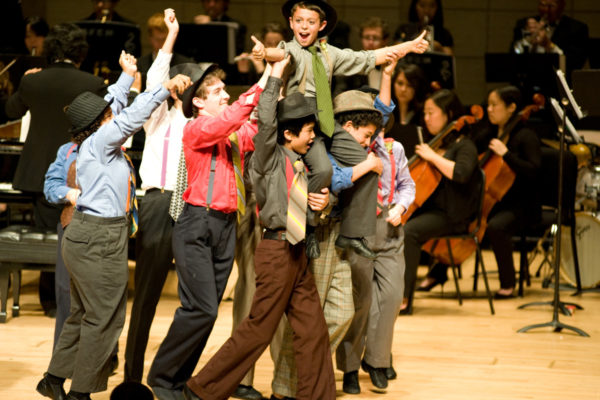 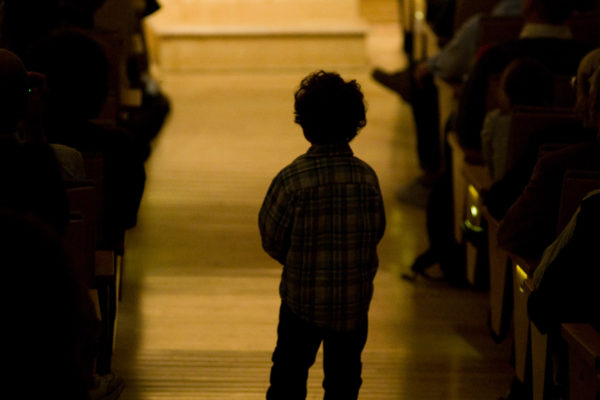 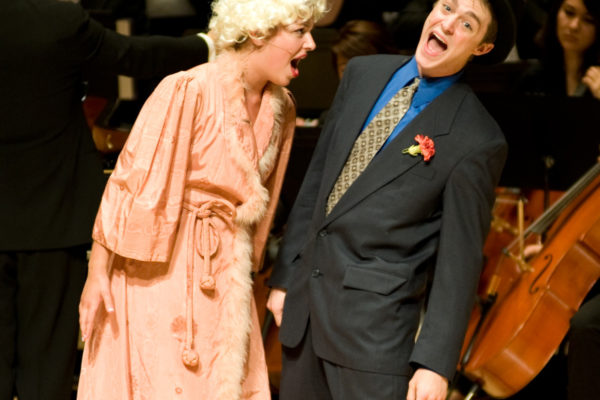 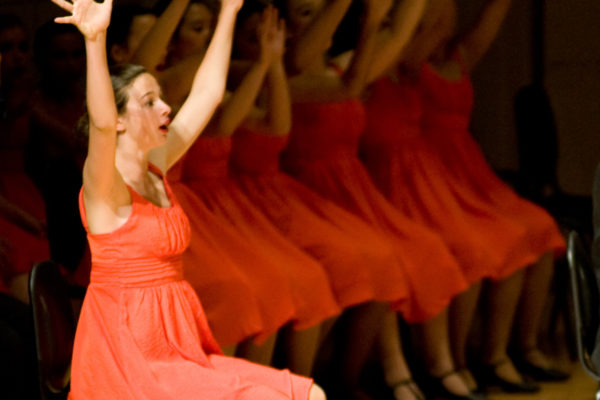 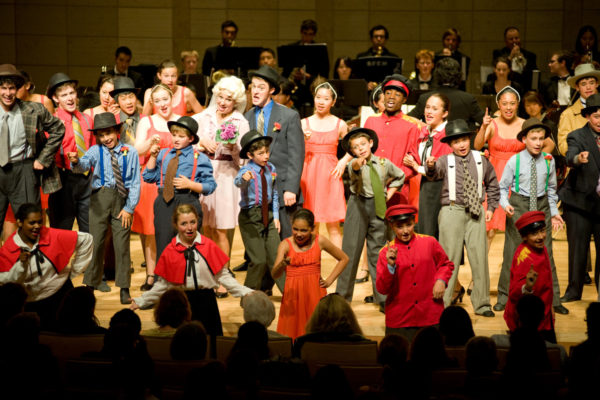 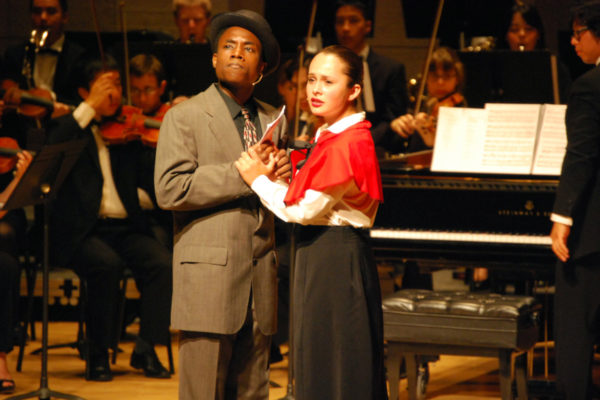 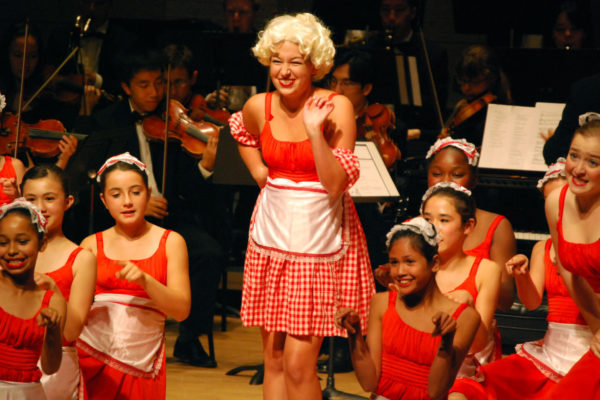 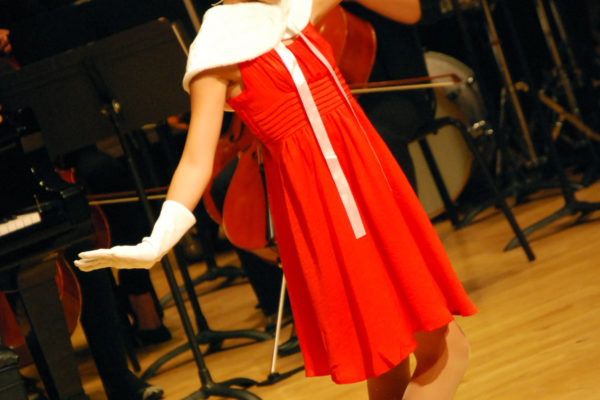 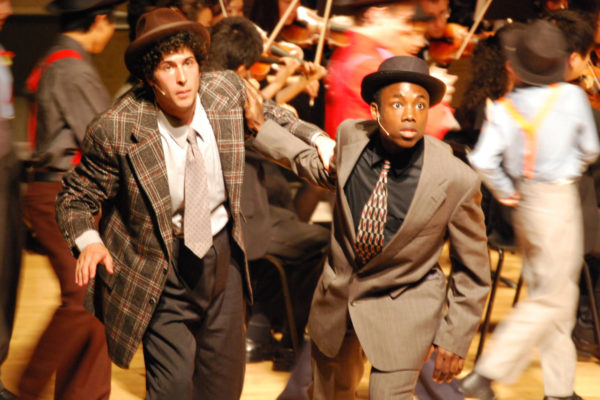 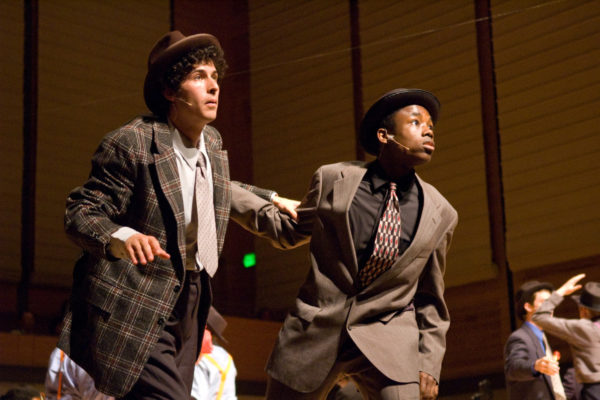 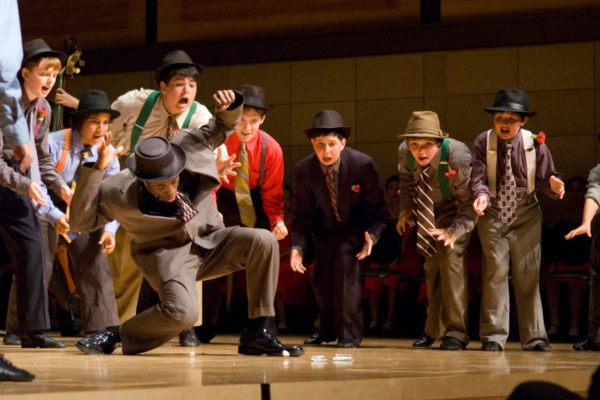 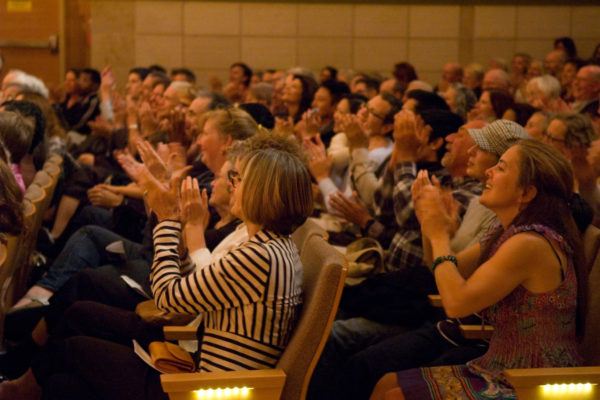 Guys and Dolls hit the jackpot.

The cast was perfection. The orchestra sublime. If you were one of the lucky people in the sold-out crowd for SFArtsED’s summer production of Guys and Dolls, you know what a special evening it was as 70 young performers joined with the 36-piece Berkeley Summer Symphony for a staged concert production of Frank Loesser’s Broadway classic. Graduates of SFArtsED programs returned from college or high school to take on leading roles and serve as mentors to current members of the SFArtsED Players musical theater troupe and to students from this summer’s Broadway Bound program. The results were magic, as you can see for yourself.